Ancient ritual objects connected us with the natural diversity of our environment. Images of animals and plants that inhabited our landscapes were recorded on the utensils. The pieces were used during the rituals, allowed to touch or be in physical and symbolic contact with the animals, which were considered as sacred or magical beings. Later, during the colonial period, Catholic and anthropocentric thought forbade this type of rituals and cults towards animals, considered as inferior beings in the service of human beings. The pieces Spoons and Corkscrew try to recover the symbolic contact with the birds of the guano islands, the birds of the wetlands, as well as with the biggest mammals that inhabit our coast, the humpback whale.

Wood from the Amazon 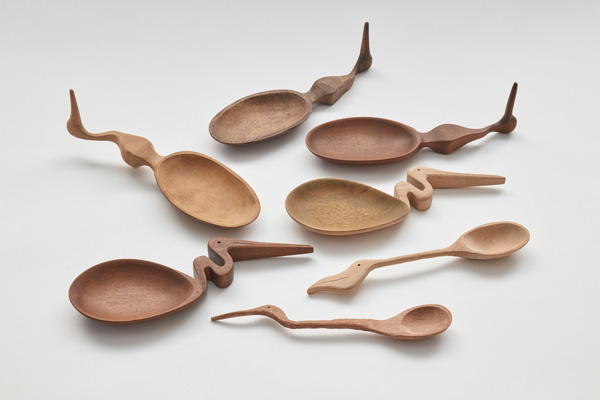